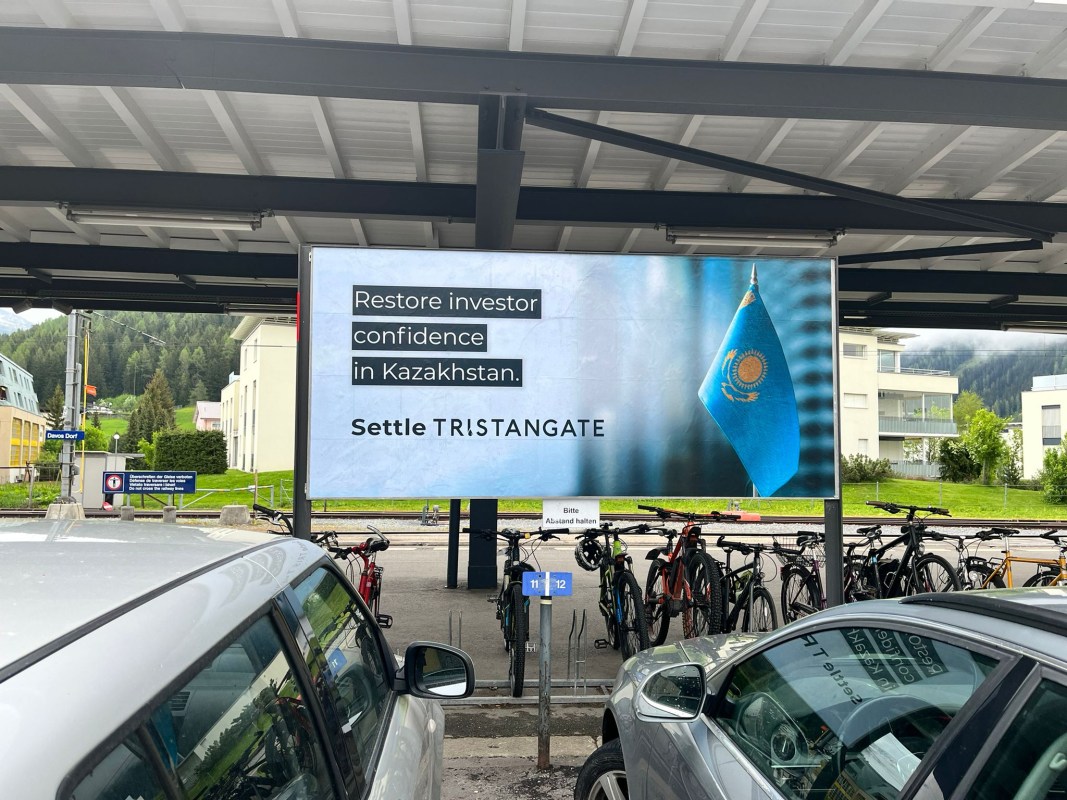 The Tristangate campaign has launched a new advertising initiative at the World Economic Forum’s annual summit in Davos to draw attention to Kazakhstan’s failure to settle the Tristangate dispute.

Advertising billboards, digital advertising and flyers across Davos are bringing the dispute to the attention of delegates, including governments, business leaders, investors and entrepreneurs from across the world. A delegation from Kazakhstan is attending the summit.

If #Kazakhstan wants to attract #investments, it must put an end to the #kleptocracy. Learn why at https://t.co/fn4FfDgKOP. pic.twitter.com/AseqcV6rxf

In 2010, following a pervasive harassment campaign, Kazakhstan expropriated the assets belonging to the owners of Tristan Oil.  In 2013, the government was found to be in violation of the Energy Charter Treaty and was ordered by Swedish Courts to pay over $500 million to Tristan Oil investors. That award was confirmed by the Svea Appeals Court and the Swedish Supreme Court. Since then, Kazakhstan has failed to comply with the ruling and has instead adopted an aggressive multi-jurisdictional strategy to frustrate payment.

Argentem Creek is among Tristan Oil’s bondholders that together are due to receive 70% of the award proceeds under a sharing agreement signed with Tristan’s owners.

“It is never too late to do the right thing. Tristangate is damaging Kazakhstan’s efforts to root out the corrupt practices of the past and attract foreign capital. The country’s future can be brighter than its past. Settling Tristangate will prove that Kazakhstan is genuinely committed to establishing rule of law and improving investor protections.”

For updates on Tristangate, and to see more of the Davos campaign, follow us on Twitter @Tristangate_

Fitch: Kashagan unlikely to issue dividends before 2024 while Tristangate freeze in place

An Illegal Nationalization Lies at the Root of Tristangate